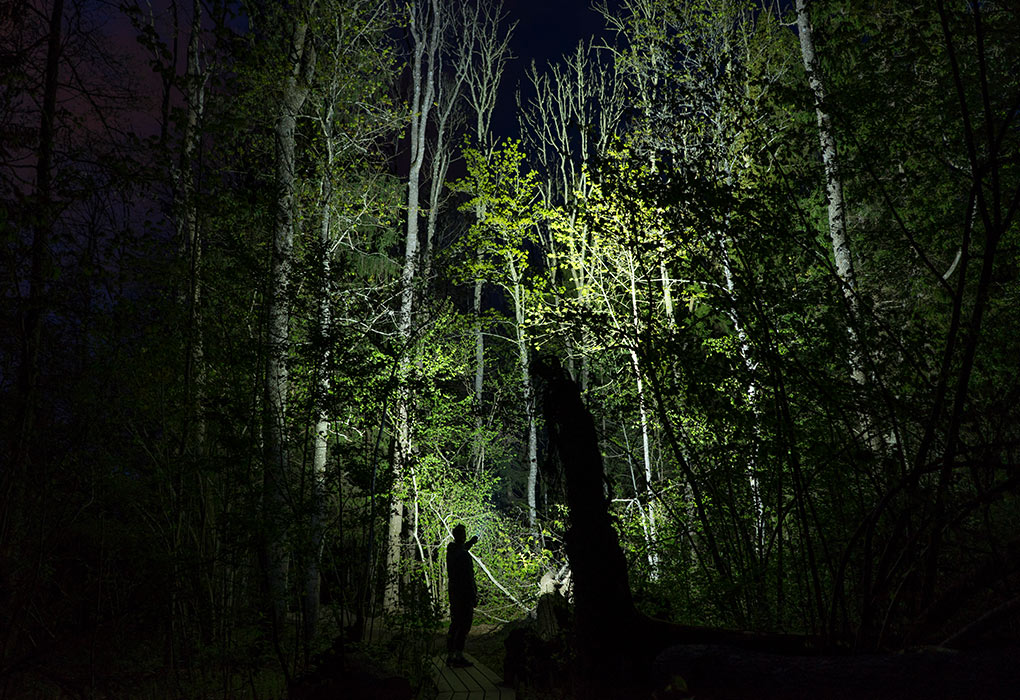 You take a hike through the beautiful Ozarks wilderness. After walking for hours, you wonder if you are lost. Your campsite should be near, but all you can see are the tall trees surrounding you.

The sun begins to set.

A screaming howl pierces the still air. It’s a sound like none you’ve ever heard. Is it a coyote? A mountain lion? A chill runs down your spine. Your hair stands on end as a shaggy, black form moves quickly toward you.

Does this legendary beast sound familiar? For generations, people in the Ozarks have passed down stories about a creature rightly named the Ozark Howler.

What is the Howler, and where did it come from?

Delve into our local lore to learn more about the origins of this terrifying cryptid. We say it’s a cryptid, but who knows…the Ozark Howler may be as real as the Ozark mountains where it resides.

Ozark Howler. Wowzer. Wampus Cat. Booger cat. Bearcat. Panther. It’s been called many things, but one thing is for sure. This creature is no ordinary cat.

The Ozark Howler has been described as a large, nocturnal animal resembling a panther or canine. Some say it’s as big as a bear but as lithe and stealthy as a leopard. Others claim it has sharp horns growing from its head.

Most reports detail the Howler’s glowing, red eyes; long, black fur; and blood-curdling cry. Its high-pitched call is somewhere between a wolf’s howl and an elk’s bugle. Many claim the Ozark Howler sounds like a woman screaming.

The earliest recorded sightings of this mysterious beast date back to the 1800s. Some stories say that the famous explorer, Daniel Boone, encountered an Ozark Howler while traveling through the region.

Possible Influences for the Ozark Howler

There are many accounts of beasts similar to the Ozark Howler. Could the Howler have its roots in other mythologies? Let’s find out.

While the Ozark Howler lives in the American Midwest, it resembles the British black dogs of death. The English hellhounds are ghostly creatures that look like black dogs. These creatures are harbingers of death and bad omens.

Sometimes they are depicted without heads or said to disappear into the sky or solid objects. These dogs go by many names including Black Shuck, Barghest, Hairy Jack, Church Grim, Gytrash, and Bogey Beast.

The black dog of death has found its way into many English stories. The Sherlock Holmes classic, “The Hound of the Baskervilles,” spins a yarn about a family haunted by a hellhound. Even Charlotte Bronte summons the Gytrash into the mind of her heroine in the novel Jane Eyre.

In Scotland, a fairy dog called the Cù-Sìth is said to bear your soul after death. The Cù-Sìth will cry three piercing howls. If you hear the howls, death is coming for you. By the third howl, you will be in the clutches of the Cù-Sìth.

There are other Celtic stories about hounds of the Otherworld or the realm of the dead. If you’re in Wales, you may hear of Cwn Annwn. In Ireland, the creature goes by Cu Sidhe. Could these legends have crossed the Atlantic?

Was the legend already in North America? The Ojibwa and Cree tribes around the Great Lakes told tales of a creature who lived in large bodies of water: Mishipeshu. This creature has been depicted with the body of a mountain lion or that of a sea serpent.

Mishipeshu, also known as the underwater panther, is said to have copper horns and a face like a cat. Depending on your deeds, Mishipeshu could choose to punish you or reward you with copper from its horns and safe travels over water.

Other Monsters of Ancient Myth

We can trace the idea of a terrifying, howling beast to ancient times. Remember Cerberus from Greek mythology? Cerberus was the giant three-headed dog that guarded the Underworld. What about the great wolf of Norse mythology? Fenrir, Loki’s son, was the wolf destined to devour the sun and kill Odin at Ragnarok.

Where Is the Ozark Howler Hiding?

Let’s get back to our Ozark Howler. Does it travel through the woods of Missouri and Arkansas, or are there more howlers across the area? Could the Ozark Howler turn out to be a plain panther as it has been described?

According to National Geographic, a panther is a term for any big cat with a black coat. There are no big cats found in North America. Leopards are native to Asia and Africa, while jaguars can be found in Central and South America.

As for the Ozarks region, the Missouri Department of Conservation states that we only have bobcats and mountain lions.

Chances are you may never encounter the Ozark Howler, but you can experience this legend at 417 Escape Artist’s Ozark Howler Escape Room.

You and your fellow escape artists will race to find your way out in the dark. As the Ozark Howler draws near, only your wits and a flashlight will keep you safe.

Are you ready to escape the Ozark Howler?

Contact 417 Escape Artist to learn more about our escape rooms in Springfield, MO. If you’re ready to face the Ozark Howler, book your escape adventure today!

And remember—tread carefully the next time you’re in the woods.

You never know what could be out there.